Roland White, The Sunday Times, April 12, 2020
Open a larger version of the following image in a popup:
Tell is like it was: Ian Board and Jeffrey Bernard. Courtesy of Rex Features
Share

One evening many years ago Molly Parkin was invited to a Soho club by a man she had barely met. The future Sunday Times fashion editor, then an art college lecturer, recalls how “dingy” and “filthy” it was. That surprise was nothing compared with the shock of meeting the club’s owner.

“Now, you common little c***,” said an intimidating woman, perched on a stool by the door. “Who are you when you’re at home?” Molly, no shrinking violet, managed to stammer that she was a painter. “Thought you was a f****** secretary from them awful clothes,” came the reply. As Molly wasn’t a secretary, she was treated to champagne.

That mixture of foul abuse and unexpected generosity was the authentic spirit of the Colony Room Club, which was established in London’s Soho by Muriel Belcher in 1948 as a place where drinkers could fill the long, dry hours when pubs had to shut for the afternoon. 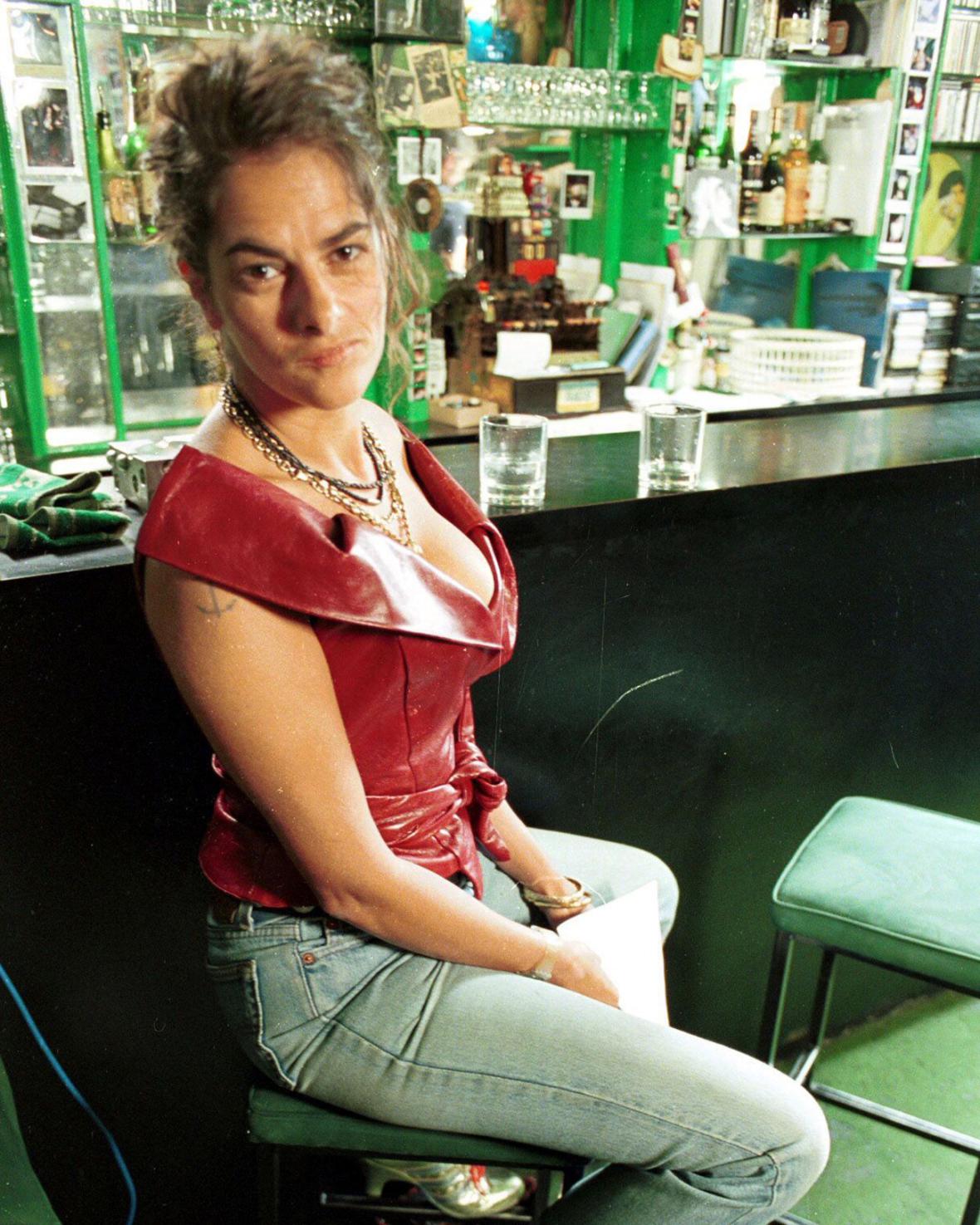 Tracey Emin, in the Colony

It quickly became the haunt of a bohemian crowd who didn’t feel comfortable at more conventional clubs. And what a crowd. Members or guests over the decades included Noël Coward, EM Forster, Francis Bacon, Damien Hirst, John Hurt, Guy Burgess and Donald Maclean, Henri Cartier-Bresson, Ian Fleming and Ian Dury. Tracey Emin, Daniel Craig and Kate Moss were among the people who occasionally did unpaid stints behind the bar.

The playwright Tennessee Williams went once, and was considered a bore — the Colony’s most damning insult. And Muriel once complained of the poet Stephen Spender: “I don’t know why they call her Spender. She never puts her hand in her pocket.”

They got off lightly compared with Princess Margaret, who — perhaps understandably — visited just the once. Afterwards Muriel observed: “If they joined together all the cocks she’d had, they’d make a handrail across the Alps.”

The painter Darren Coffield discovered the Colony in the 1980s when he was an art student and immediately felt at home. He has compiled this entertaining, shocking, uproarious, hilarious oral history of the club by weaving together interviews with staff and members. It’s like eavesdropping on a wake, as the mourners get gradually more drunk and tell ever more outrageous stories.

The Colony, reached via a narrow flight of stairs at 41 Dean Street, divides opinion sharply. On the evidence of this book, there was plenty to dislike. It was so seedy that the carpet was sticky under your feet. That’s the way they preferred it, though: when a new one arrived, Francis Bacon sprayed it with champagne so everybody would feel at home.

The barman Ian Board, who took over the Colony when Muriel died in 1979, would listen to customers’ phone conversations on his extension. If he thought you weren’t drinking quickly enough, he would quietly pour your champagne down the sink so you would have to buy more.

Behaviour in the club was not for the sensitive and easily offended. “I remember being pulled on to the lap of a very drunk older man who began to fondle my breasts,” says Sara Waterson, known to fellow members as Miss Whiplash. “It was Trevor Howard. I’ve never been able to enjoy the film Brief Encounter in the same way since.”

Nina Hamnett was a great beauty in her youth, painted by Augustus John and Modigliani. Yet here she is remembered as a sad old lady who peed on the club’s furniture and was discreetly sick into her handbag.

The club’s characters are great fun to read about, but you wouldn’t want to spend much time in their company. The restaurateur Peter Langan was once spotted on his hands and knees with his head up a woman’s skirt (after his first choice had rejected a similar offer). The book also reminds us that he died from the burns he suffered after dousing his wife in petrol and attempting to set fire to her. She survived.

Another member, known as Brian the Burglar, would take orders at Christmas time. He claimed to have burgled Margaret Thatcher’s home in Chelsea, but he wasn’t fussy. Drinking one day with a stranger, he said he needed the toilet. Instead he left the club, burgled the man’s flat, returned and carried on drinking with him.

There’s plenty more where that came from. The word “frightening” crops up in the book more than once, but the abuse, the fraud, the feuds and the seedy surroundings are matched by acts of generosity. The artists’ model Henrietta Moraes spent a fortnight in jail after dabbling unsuccessfully in burglary. “When I came out there was £1,000 waiting for me at the Colony, which was amazing. [Muriel] was very much like that if she liked you.”

Once they decided you fitted at the Colony, you became part of the family. It helped if you didn’t really fit in anywhere else. Homosexuality was illegal for the first 19 years of the club’s existence. But if you were gay, you didn’t have to worry at the Colony. If you had a drink problem, nobody bothered. In fact, if you lived any kind of rackety life, you were welcome. “I always felt that the reason why the Colony had such longevity was that the club acted as an extended family for those who didn’t fit elsewhere in society,” Coffield says.

Society changed, though, and the Colony failed to change with it. The licensing laws extended pub opening hours and people became more relaxed about sexuality (and maybe less relaxed about excessive drinking). The club closed in 2008, its final months marked by feuding between the third proprietor, Michael Wojas, who had a drug problem, and the members.

What was once the mischievous, drunken Colony Room Club is now a luxury apartment, and perhaps they have only themselves to blame. They managed to upset the club’s landlord, who complained: “Why should I stand for it? They are drunk and rude, and many of the people are homosexual.” For some, that was the entire attraction.